My life is more than academic work…

Hopefully this website will meet the needs of academics trying to track down details on some of my research, media looking for background material, and students exploring similar research. I’ll say a little about some of these roles on this page.

Universities where I have studied or worked: UNE, Newcastle, Western Sydney University, UNSW Australia, The University of Sydney

A teacher and academic

My professional life has had four major strands – teaching and research, university senior management, leadership of business organisations, and directorships of business organisations. After undertaking three degrees, in 1981 I was offered my first job in a university teaching English Language and special education and I’ve been in Universities ever since conducting research, teaching and filling other posts. Following this first position I held many posts in Universities including positions as Dean of Education and Pro Vice-chancellor (Research) at the University of Western Sydney (1989-2002). 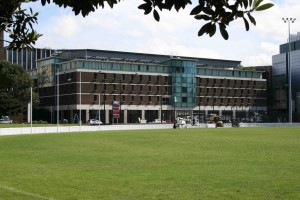 This was followed by over 14 years as Master and CEO of New College at the University of New South Wales in Sydney. This was a not-for-profit company and I was responsible for running this independent Christian residential college on multiple sites. One of my greatest and most satisfying challenges was the development and building of a major postgraduate building to expand the work of the College. This opened in January 2009 and was home for my wife Carmen and I in 2009 as I led the development of a new community. As the work expanded I ended up responsible for 565 residents who are all UNSW students drawn from 50+ nations. The business had also trebled in size. The residents are amongst the most gifted of young people who achieved in fields as diverse as sport, the arts and in public service. I have also held an Adjunct Professorship in the School of Education at UNSW from 2002 until 2017. This gave me an academic ‘home’ for ongoing research and scholarship and the opportunity to supervise postgraduate students. 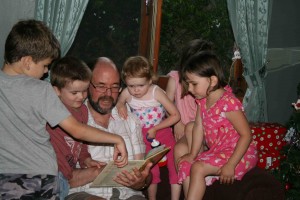 I have had two major research interests during my academic career. The first has been research in early language development with a particular interest in how children become literate, how families support this development, and how language and literacy is shaped within social settings and as an extension of relationships. This was a result of my first career as a teacher. My second area of interest is regional development and began with undergraduate and postgraduate studies in urban, regional and economic geography. This interest was rekindled in the 1990s when my senior management positions at the University of Western Sydney led to do research in support of the development of Greater Western Sydney (GWS). During this time I continued my language research situated primarily in families. This was underpinned by an understanding that education is important and that it can have an impact on individual lives, families and communities.

I continue to work as an academic and to explore and write about language and literacy development, children’s literature and what it means for educational institutions to engage with regions, communities and families. This website provides information and publications from my past and present and ideas for the future. I hope you find it of interest.

As I lead the University’s research development I saw how vital the university’s role was in regional engagement with business, industry, government and community groups. This period saw me develop strong relationships with business and industry groups and rekindle my interest in innovation. This led to a wide range of appointments to industry and business groups. I was elected to the board of the State Chamber of Commerce & Industry (NSW) as a director in 1997 and was eventually elected as President and Chair of the Board in 2001. I served for 9 years as the President and Chair of what is now called the Sydney Business Chamber and which is Australia’s oldest business organisation (established 1825). One of my greatest challenges was to initiate and work with others to merge the Sydney Chamber of Commerce with Australian Business Ltd to form two new organizations, the Sydney Business Chamber and the NSW Business Chamber.  For 12 years I served as a director of NSWBC and I was elected as President and Chairman of the Board in 2016. I was also appointed as a director the Australian Chamber of Commerce and Industry (ACCI) in 2016 and Chair of the Board of Australian Business Lawyers and Advisors (ABLA) in 2016. In 2016 I founded a consulting company Higher Education Solutions, which I now lead as CEO.