After I left school I commenced a traineeship in Mechanical Engineering at the BHP in Newcastle, but I left this a few months later to train as a teacher.  As a young teacher I became fascinated with the way children learn language and literacy.  I commenced additional study and eventually started a PhD in 1979 and finished it in 1984.  This research was based in the field of cognitive psychology and was concerned with the way children comprehend text.  I was concerned with how linguistic knowledge interacted with cognitive processes to effect comprehension of written text.  This work led to other research in several areas:

* sociolinguistic and psycholinguistic studies of reading and writing processes;

* how language is supported in varied cultural contexts (with special emphasis on families); 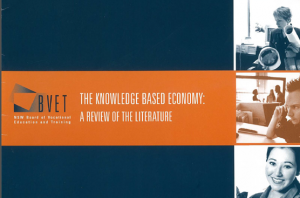 One other area of research that might not make sense to some is my excursion into research on regional development from 1990-2005.  This work occurred in parallel to my language research and was an outgrowth of undergraduate and postgraduate work in urban geography, technology diffusion and economics which I did not explore until I served as Pro Vice-chancellor at UWS. There was a natural synergy between the needs of Western Sydney, my early interest in urban geography and my role at the University.  This led me tocreate a research centre as the focus of this work – Centre for Regional Research & Innovation (CRRI).

Over the last 30 years I have had 32 funded research projects to a value of over $3,000,000, 25 of these as chief investigator, and 20 of which were external competitive grants from various competitive grants schemes. A selection of my most recent major grants follow under two headings – Language Research, Regional Development.

Mooney, M., Cairney, T.H., Beattie, G., Marshall, A., Forrester, L.  (1990)  Marking the landscape:  youth in search of identity.    Project funded by the Australia Council to explore the place of the arts for youth in the Western Suburbs of Sydney.

Cairney, T.H. (1990-1991)  Talk to a Literacy Learner.  This project was funded by the NSW Ministry of Education, Women’s  and Youth Affairs as part of its International Literacy Year grants scheme. Funding of $85,000.

Cairney, T.H. & Lowe, K.  (1991-1992) Literacy and Youth: Extending Literacy Success Beyond Institutional Care .  Funding OF $40.767 was provided as part of the Australian Language and Literacy Policy National Adult Literacy Projects competitive grants scheme to explore the impact of literacy on the lives of youth in detention.

Cairney, T.H. & Lowe, K.  (1993-1994)  Literacy in Transition.   This project was funded as part of the 1993-1994 DEET projects of National Significance to research the impact on learning of the transition between primary and secondary school. Funding of $105,928 was provided.

Cairney, T.H. (1993-1998) NSW Literacy & ESL Research Network. Funding was made available by the ARC (Key Centres Program) and Department of Employment Education Training and Youth Affairs, under the National Languages and Literacy Institute of Australia. Funding of $174,000 for six years (1993-1998).

Cairney, T.H. & Ruge, J. (1995-97) Community literacy practices and schooling: Towards effective support for students. Funding of $163,170 was provided by the Department of Employment Education & Training

Cairney, T.H. (1999) Audit of IT in Greater Western Sydney. Funding of $60,000 was provided by Department of Employment Workplace Relations and Small Business (DEWRSB).

Golding, B. & Cairney, T.H (2000-2001) Tertiary work tracks: improving the transition of Indigenous tertiary students to employment. Funding of $54,000 provided by the Department of Employment, Workplace Relations and Small Business (DEWRSB).

Cairney, T.H. & Artup, B. (2001) Assessment of Youth Commitment by government in South West Sydney. Funding of $18,000 provided by Macarthur Regional Organisation of Councils.

Cairney, T.H., Lee, R. & Artup, B. (2002). Understanding the information communication and technology needs of the Hunter and Central Coast regions. Funding of $89,000 provided by NSW Department of Information Technology & Management.